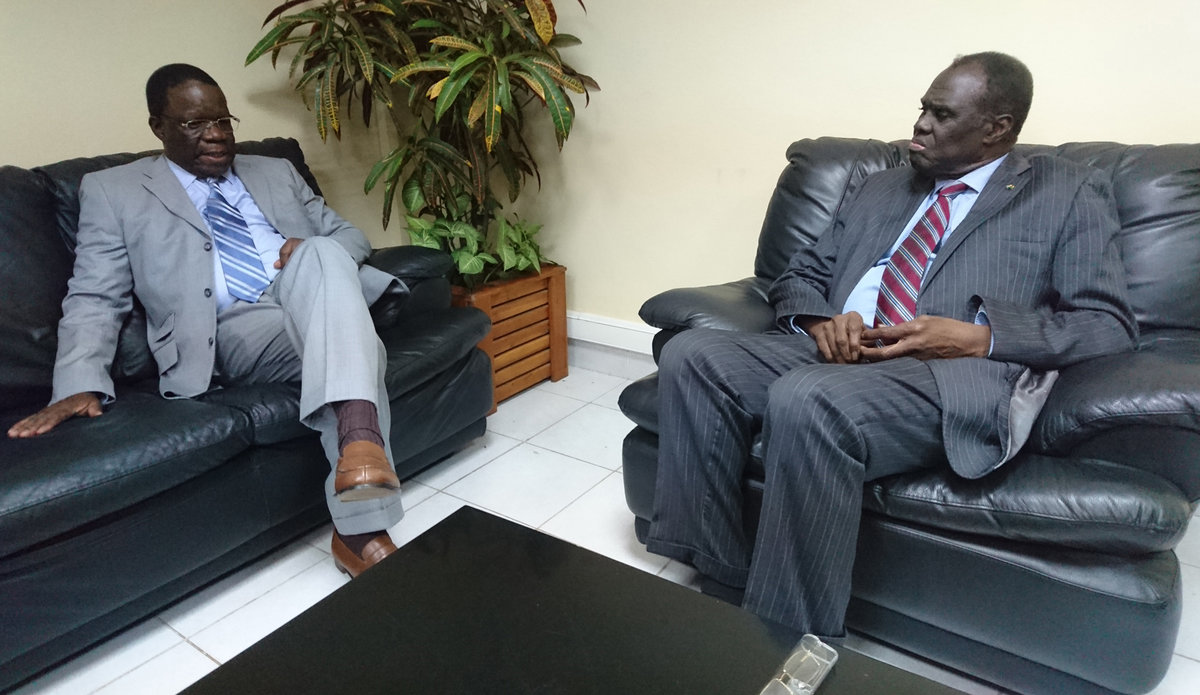 Special Envoy Michel Kafando in discussion with the AU Ambassador in Burundi, Basile Ikouebe in September 2018

As a key broker in the Peace Process in Burundi, the African Union (AU) closely monitors the Inter-Burundi Dialogue, which is steered by the East African Community. To that end, the AU is represented in the Joint Technical Working Group on the dialogue. It is in this forum that it directly engages with the Office of the Special Envoy of the Secretary General in Burundi (OSESG-B) to support and assess the process.

Over all, the AU shares a common stance with the United Nations about the centrality of the Arusha Peace and Reconciliation Agreement of 28 August 2000 as the frame of reference for all efforts towards lasting peace in Burundi. And like the UN, the continental bloc has also voiced concern about the slow progress in the Dialogue. It, too, decried the absence of the Government at the 5th round of the talks held in Arusha in October 2018, and insists that the talks remain the only viable platform for a sustainable peace settlement in Burundi.

The preventive diplomacy carried out in Burundi by the AU through its Peace and Security Council (PSC) is part of a long-time intervention and continued presence in the country. It was in Burundi that the AU deployed its first peace mission. In January 2003, the Continental Body authorized the deployment of an observer mission to monitor implementation of a ceasefire. The following month it approved the deployment of the African Mission in Burundi (AMIB) in keeping with the ceasefire agreements of 7 October and 2 December 2002. And in June 2004, AMIB was transferred to the United Nations Mission in Burundi.

It was against also in the context of this continued presence that the AU Commission dispatched some ten high-level missions, including a Panel of Five Heads of State and Government to Burundi in the course of 2014 to meet with the authorities as well as political actors, the civil society, and other stakeholder.