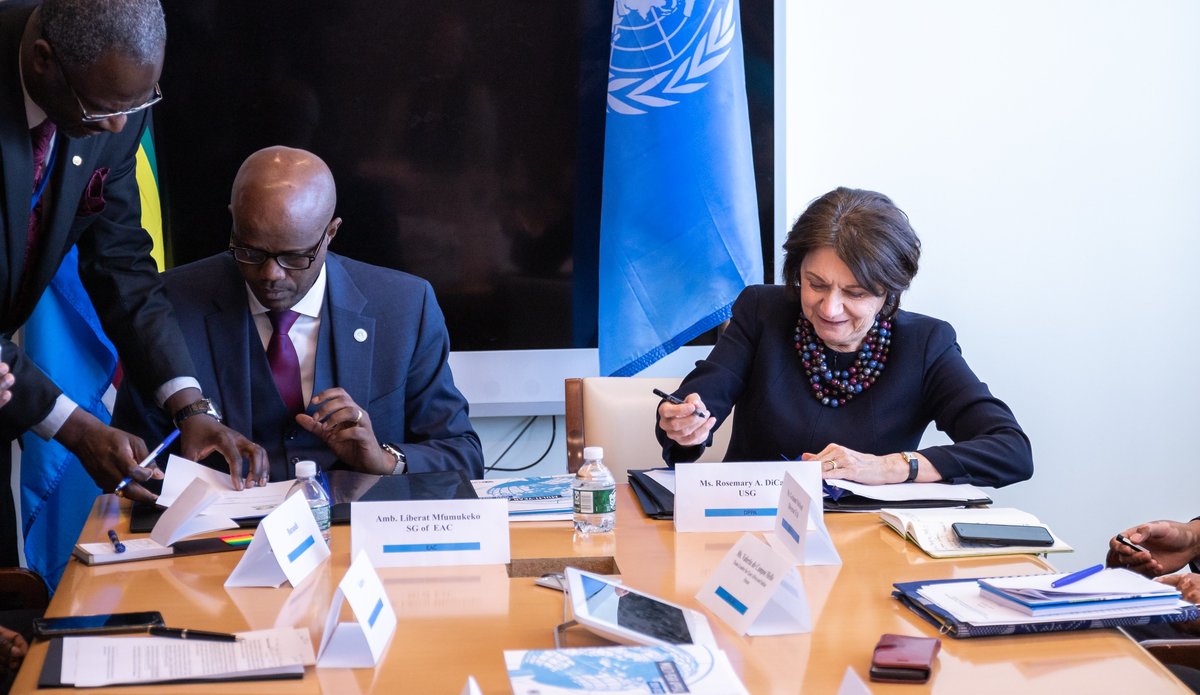 The EAC appointed and President Yoweri Kaguta Museveni of Uganda and former Tanzanian President Benjamin Mkapa as Mediator and Facilitator of the process respectively.

The peace talks, which were initiated following the 2015 election crisis in Burundi, were launched by the Facilitator in March 2016. But this regional initiative to ease political tensions and stabilize the country remains deadlocked notwithstanding five rounds of talks.

The Government of Burundi, which objects to any form of dialogue with hardline opposition groups in exile, boycotted the fifth session of the talks, which were held in Arusha, Tanzania in October 2018. Frustrated by the lack of progress in the dialogue, the Facilitator hinted at the Arusha session that he just might be moderating the talks for the last time.

Benjamin Mkapa went on to seize the EAC of the impasse and at the close of its 20th summit in February 2019 the regional body issued a release to the effect that it will review the Facilitator's report and then decide on the way forward.

In its quest for long-term peace and stability in Burundi, the EAC partners with the UN through the Office of the Special Envoy of the Secretary General in Burundi (OSESG-B), which is part of a Joint Technical Working Group on the peace initiative. Besides the EAC and OSESG-B, this support group for the Facilitator also includes the African Union.

The office of the Special Envoy continues to monitor the situation very closely, and emphasising dialogue as the only pathway to a resolution of the country’s political crisis.

Similarly, the UN Department of Political and Peacebuilding Affairs (DPPA) signed a Memorandum of Understanding with the EAC on 5 March 2020 under which the two parties committed to cooperating on conflict prevention, electoral assistance, women, peace and security and gender equality, youth, peacebuilding, countering terrorism and preventing violent extremism.

“In a time of persisting multifaceted challenges across the globe, the strengthening of partnerships between DPPA and regional and sub-regional organizations is essential,” said Under-Secretary-General Rosemary DiCarlo, who signed the MoU on behalf of DPPA.

The Republic of Burundi acceded to the EAC Treaty on 18 June 2007 and became a full member of the Community on 1 July 2007.