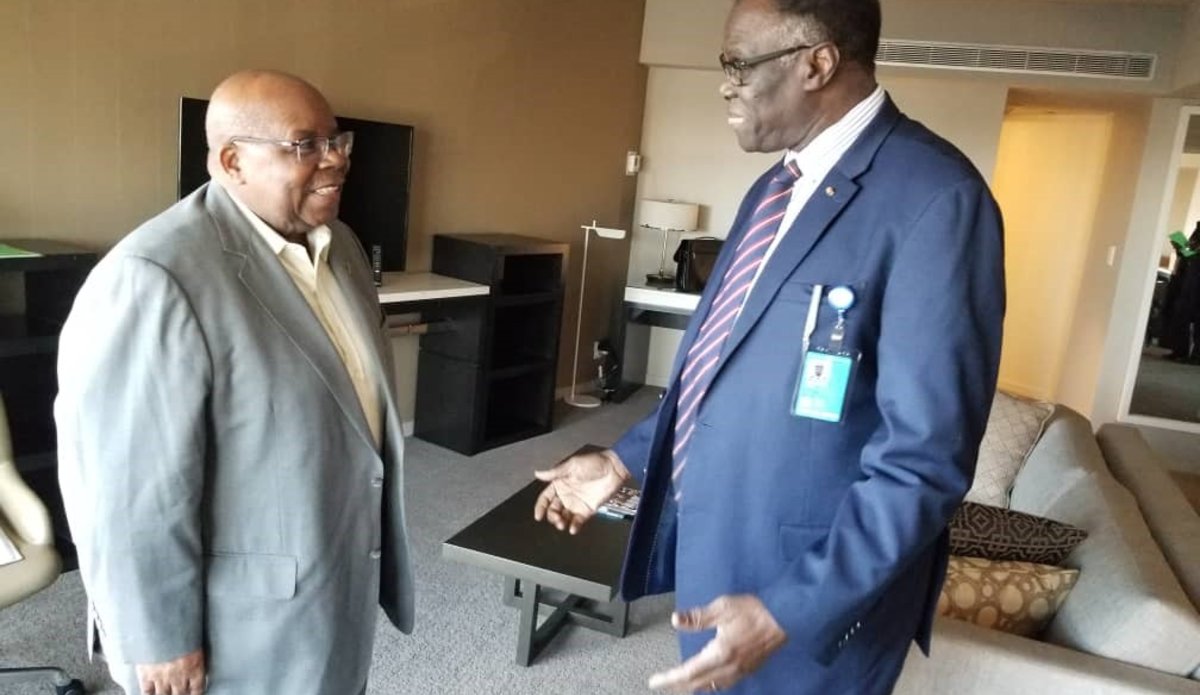 The Office of the Secretary-General's Special Envoy to Burundi (OSESG-B) was established as part of the international community's efforts to help the Government and the people of Burundi to consolidate peace restored after years of conflict.

The Office is the most recent of UN operation in the country since the Arusha Agreement of 28 August 2000. The successive missions were essentially aimed at consolidating peace (ONUB), strengthening democracy and good governance (BINUB/BNUB), and organizing free, fair, transparent and credible elections (MENUB), all with a view to consolidating peace and stability.

Deployed in May 2004 by Security Council Resolution 1545 (2004), the United Nations Operation in Burundi (ONUB) was the first and largest of these operations in terms of military and civilian personnel. It was deployed to support implementation of the Arusha Accords and to ensure compliance with ceasefire agreements, as well as facilitate the disarmament, demobilisation and reintegration (DDR) of combatants while also ensuring the protection of civilians. However, notwithstanding the signing of the agreements, clashes continued way up to 2006 between the ruling CNDD-FDD and the FNL armed movement that was not a signatory to the Arusha Agreement.

ONUB's mandate ended in January 2006 and the UN, in agreement with the Government, reconfigured the mission. Starting January 2007, it became the United Nations Integrated Office in Burundi (BINUB).

In addition to efforts at strengthening dialogue and national reconciliation, BINUB’s mission, which ended 2010 also included the strengthening of state institutions, promotion of good governance, rule of law, human rights and freedom of the press.

In line with Security Council resolution 1959 (2010), the UN deployed BNUB in 2011. The mission, which ended in December 2014 was mandated to support the development of national institutions, promote dialogue, fight impunity, promote human rights and ensure that economic and financial policies address the needs of vulnerable populations. The mission was also mandated to advocate the mobilization of resources for Burundi, and to promote regional integration.

At the request of the Government, BNUB was succeeded in 2014 by the United Nations Election Observation Mission in Burundi (MENUB), which deployed with a one-year mandate to observe Burundi’s general elections of 2015.

The scaling down of UN presence in Burundi over the years, from an ONUB workforce of more than 6,500 (military and civilian combined) in 2004 to a 72-strong MENUB election team in 2015 was an indicator of progress in the country, and of growing confidence within the international community in the institutions emerging from the Arusha Agreement. However, peace in Burundi remained fragile, mainly due to conflicting interpretations of the Arusha Agreement by the country’s political actors. In April 2015, just four months after the departure of BNUB, Burundi plunged into a deep crisis largely from discordant views on the provisions of the Arusha Agreement concerning presidential terms. This was in view of the 2015 presidential election. Thousands of Burundians fled the violence and other human rights violations perpetrated before, during and after the election, seeking refuge in neighbouring countries.

In the face of the situation in the country, the UN Security Council adopted resolution 2248 (2015) which, among other provisions endorsed a decision by the Secretary-General to appoint a special advisor on conflict prevention. The advisor was mandated to support an inter-Burundi dialogue holding under the auspices of the East African Community (EAC). The advisor was also to support all other efforts to restore and maintain peace in the country and, to that end, collaborate with the Government and other stakeholders.

Going forward, the Security Council in 2016 adopted resolutions 2279 (2016) and 2303 (2016), which respectively called on the Office of the Special Adviser on Conflict Prevention to provide technical and functional support to the Inter-Burundi Dialogue in coordination with an Ombudsman and a Facilitator appointed by the EAC and endorsed by the African Union (AU). Both resolutions laid stress on the inclusive nature of the dialogue and directed the Office of the Special Envoy of the Secretary-General (OSESG) to provide technical and logistical support to the process.

Resolution 2303 (2016) went a step further to recommend the deployment of a 238-strong UN police force to monitor the security situation in Burundi and to provide support to the Office of the UN High Commissioner for Human Rights.

As part of its mandate, OSESG-B collaborates with all stakeholders including the government, the opposition, political parties, the civil society, religious leaders and other stakeholders towards confidence-building measures to improve human rights and security in Burundi, and to create an environment that is conducive to political dialogue.